Myriad Colours Phantom World’s eighth episode is the only example you need for how to further bring about the end of all that is good and meaningful about anime. Let’s learn all we can from it.

Anime fans are well aware that hot springs are a flag for fanservice. We could shamelessly point to this fact, but isn’t it more insightful to cover it up a little by educating the viewer about the significance of hot springs in Japanese culture? In a segment that’s previously taught us about Schrödinger’s Cat and other scientific and philosophical concepts, Phantom World treats us to history lesson on why people visit hot springs and why they’re so popular.

Without this, we’d be a lot more aware that the perverted monkey ruling the hot spring in the school is a hyperbole for the patriarchy that engulfs the hot spring in anime. Now, instead, we can try to treat him as a product of his culture, like all this fanservice is. It becomes so much easier to not consider how women are being degraded, or how this reflects on the problems of Japanese society and its treatment of women as a whole.

Step 2: Place women in a subserviant role to men

Phantom World shadows the ‘harem’ genre without ever making romance explicit – there are moments of awkwardness that tease us into pondering relationships, but no progress in any direction. Yet, considering the OED definition of harem involves ‘female servants’, the show still succeeds in forming one through how female proportion of the cast are placed in a role of service – fanservice – to men.

It’s most explicit in this episode. The first half lets us witness each character discover that their powers aren’t enough to stop the monkey. The upperclassmen are defeated, and Haruhiko can’t use his ability without the ape being lured out of its steamy nest. Reina can’t swallow it, Mai can’t beat it up, and Koito’s yelling has no effect. The monkey, symbol of patriarchy, is protected by his establishment, the hot spring. It’s accepted, by both genders in the cast, that the only way we can remove him from his seat of power is by becoming subservient to him, and incidentally more serving of the male viewership.

The woman’s role in the arena of the hot spring remains to be an object of male pleasure. If we framed the scenario any differently, we’d be going completely against what Japanese culture has drilled into women’s minds – that’s it’s correct for you to be forced to put on a performance of your beauty for the light entertainment of men. That’s your role in society. 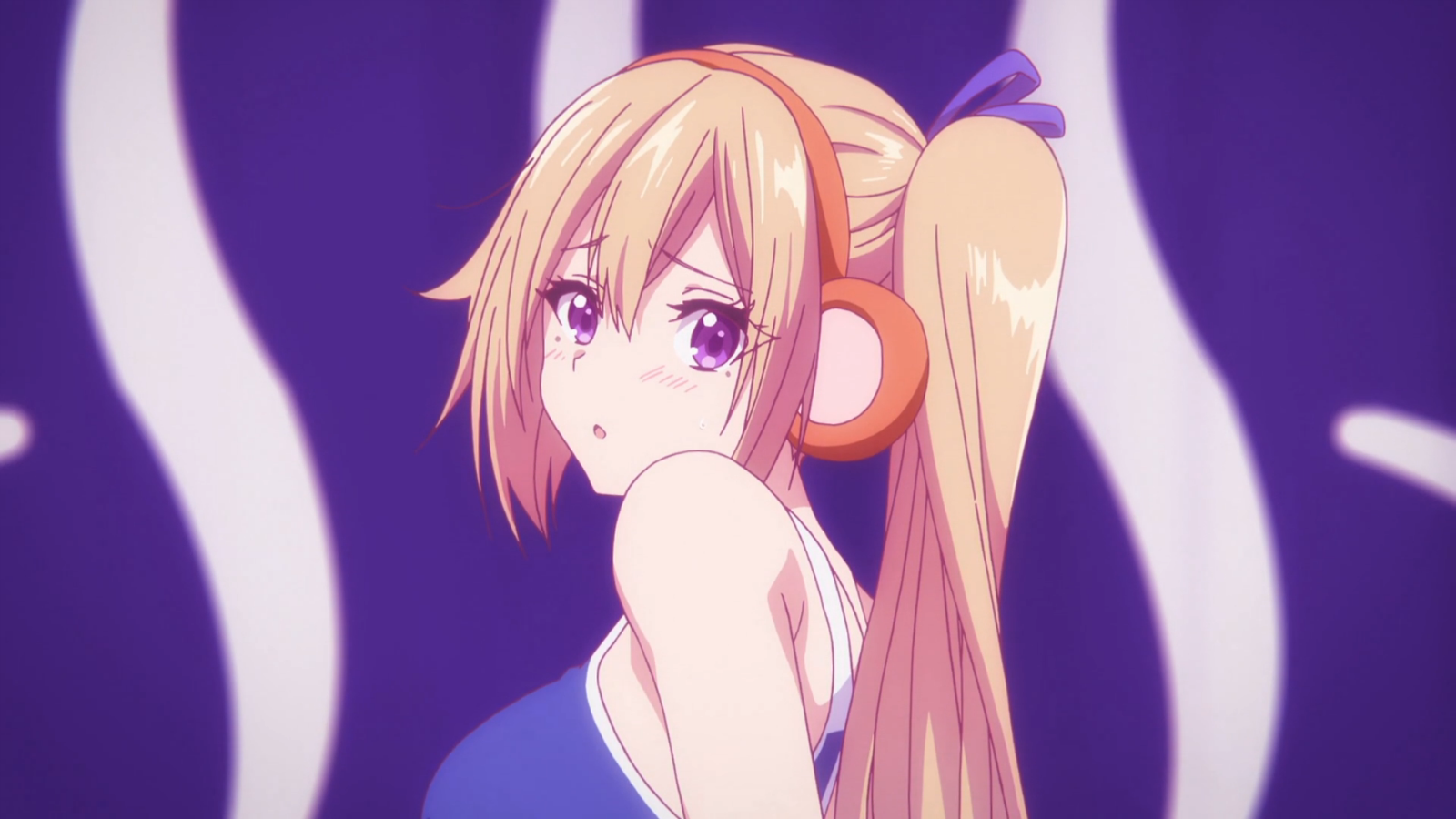 Step 3: Ensure the girls are dressing down reluctantly

Consent is a dumb word, right? We need to get it to the point that our cast are being coerced into showing flesh. Forget having the cast take the day off, go to the beach, freely splash around and enjoy themselves. A good fanservice episode gives the fans what they really want.

While Reina begins by offering to pose for the monkey, her ‘consent’ for doing so soon dissolves as Ruru makes her become more and more provocative. Her body language speaks of her discomfort as she’s forced to make sexy poses in front of a pervert because there apparently won’t be any more of our normal show otherwise (as if that mattered). It’s a step up from having the girls happily go to a hot springs and ‘unfortunately’ get invaded by the male protagonist or peeped-on by a pervy bunch. There’s a whole stage for them and everything!

Don’t forget to put best girl in the most ‘peril’ too. We’ve got to root for her to succeed while having our little selves rooting for her to get licked by the giant monkey.

Step 4: Make the baddie a pervert so the viewers feel bad about themselves

What better way to hide the fact your episode is purely for swimsuits by arguing that perverts are actually bad, unwanted people? This way your episode appeals to the audience on multiple levels – they enjoy the fanservice, but then afterwards they realise the pervert was the villain all along and that means they should give these characters more respect! And then the credits roll so they can watch their next ecchi show.

His patriarchy over the hot spring is tantamount to the whole ecchi genre. We appease the monkey. Worship the monkey. It could accidentally be subversive if we weren’t supposed to pity the monkey at the end. It’s not his fault. It’s normal for him to behave the way he does.

More importantly, we have to pander to the pervert’s needs in order to pin him down. If we were to continue that logic, we’d put girls in the danger of getting raped in order to capture rapists.

Balance has never been a good thing; it distracts from the fantasy of having a whole world that serves you luscious, sweaty girls that choose to strip off their clothing at the demands of men. If a man wants to strip down and act like a normal guy in a fanservice episode, he gets punched into the sun. Same goes for you if you stop focusing your attention on how good all the girls look when a dominant male makes them submit to his fetishes.

Even the male protagonist needs to stop being so manly at some point. We also get to demonstrate how feminine charm can be complete manufactured at will. Speaks of how manufactured these character types and their perfect physiques are. But the audience loves that.

Step 6: Give the protagonist a way to defeat the baddie in one move

He’s not enough of a self-insert unless all the girls are helpless without him. All their efforts have to be in vain because he’s learnt a new special technique, which he’s taken this much time to discover regardless of how much of a bookworm he’s been billed as. It also needs to involve zero input from him beyond one simple chant.

His ‘Abremelin’s finger’, tearing down the limits of his power, trumps all the girls who still have downsides to theirs. Will Mai ever be able to invoke her powers without groping her squishy flesh? We hope not.

But make sure it doesn’t kill the perverted monkey – we need to leave it ready to defend itself, so we can accept its explanation and continue to treat perversion just an inevitable result of being a monkey in a hot spring.

Step 7: Have the protagonist only use that move after all the episode’s potential for fanservice has been exhausted

Because, you know, else people would complain that we never got to slap paint on Mai-Senpai’s ass. Serving the fans means serving them no attention to the plot whatsoever; if the whole episode is at a pool and the whole plot is about searching for a lost bracelet, and someone finds it, make sure they throw it back in the water. They might as well eat it. Then it would be an endless summer, and who doesn’t love that?

A fool-proof method of ending the plot without fanservice is considered ‘Plan B’; a sexy show for the monkey is automatically thought of as a better thing to try first. Not only do we need to mirror the media and culture of Japan that has given men and women this image of their role in society; we have to present our hero as the kind of guy who would rather passively and actively degrade his friends over sorting out a mess himself. The age of chivalry is dead.

If our show is going to take a break from being meaningful or engaging to watch, KyoAni believe it’s best to do that – with a show that hasn’t had any semblance of meaning throughout its entire run – by tucking its already typecast, degraded girls into moulds of pure fetishized fulfilment. The voyeuristic ape is fine at the end – happy, even – and so should the viewers be. Lusting after girls is our primordial instinct, after all. We must have had these kinds of scenarios when we were monkeys too.

5 thoughts on “Seven Steps to Scripting a Fantastic Fanservice Episode”