Halfway through this season, and I’m halfway doing 10% of the revision I should be doing for my prelims. But hey, anime’s always calling. If only I could write my essays on it.

I’ve also caught up on Re:Zero now, and overjoyed that I have (even if half the show is Subaru suffering). No impressions on it this week, but expect some for future episodes! 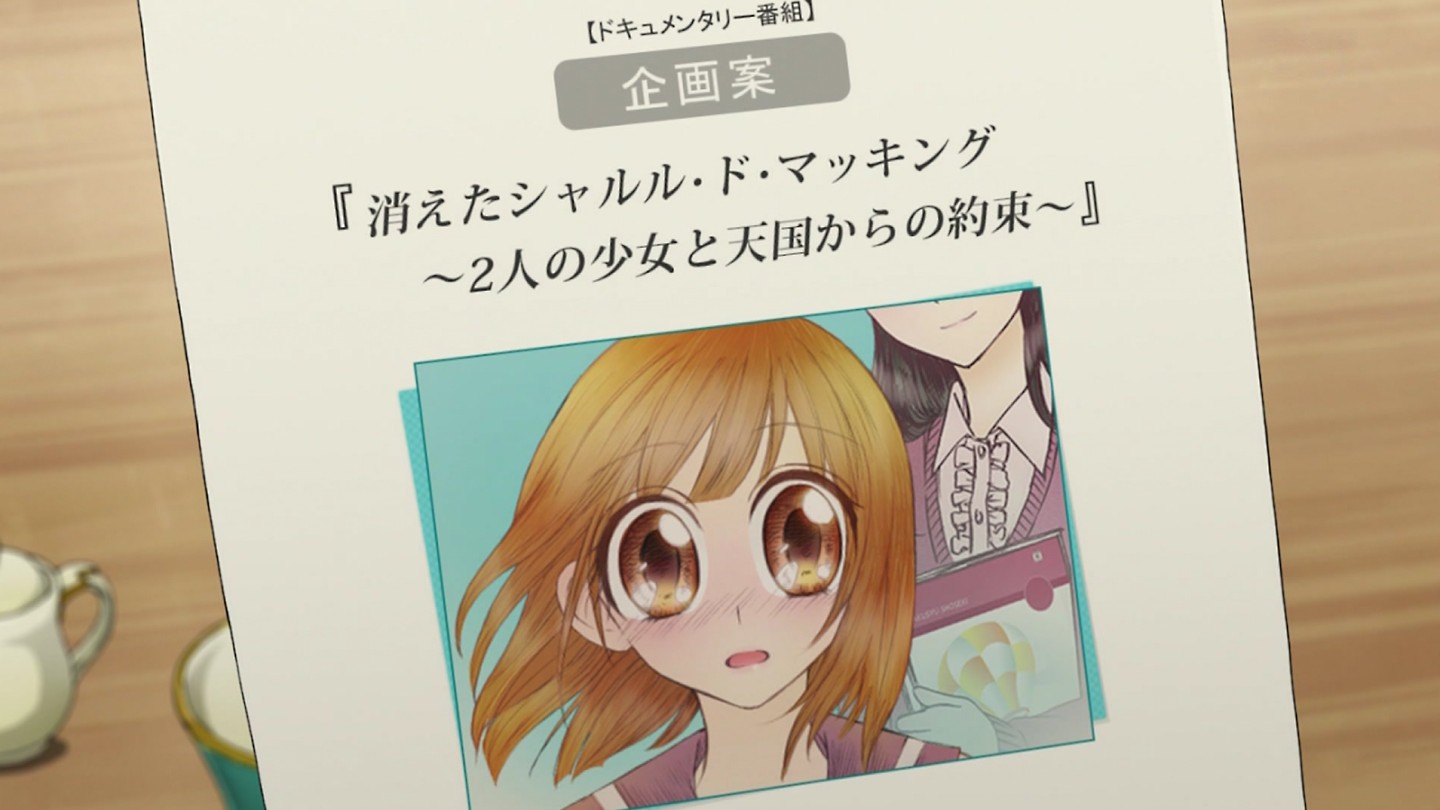 Is it Maki who needs saving, or Sonozaki? We get some serious backstory this week, and the double-take on whether Maki’s friend had lived or died was fantastic. Her whole narrative of a successful managaka-turned-reclusive clarified a lot of her coldness, but also spoke at every turn of how much she must be able to connect to people – at least, to herself – to be able to write such an emotional story.

But her story was only popular in middle school, and making – and keeping – friends is no playground in Kiznaiver. Chidori felt embarrassed being the centre of attention last week, but all it takes is an invasive reporter for Maki to break down. Just how fragile do we become when we’re trying to hide a past life? Kiznaiver has thrown a spanner in the works of starting over better than Mayoiga will ever do, I’m sure.

And Katsuhira’s connection to Sonozaki slowly grows deeper. But it’s not some kind of romance. Something more important is making him reach out to her, with all the emotional honesty he can muster. 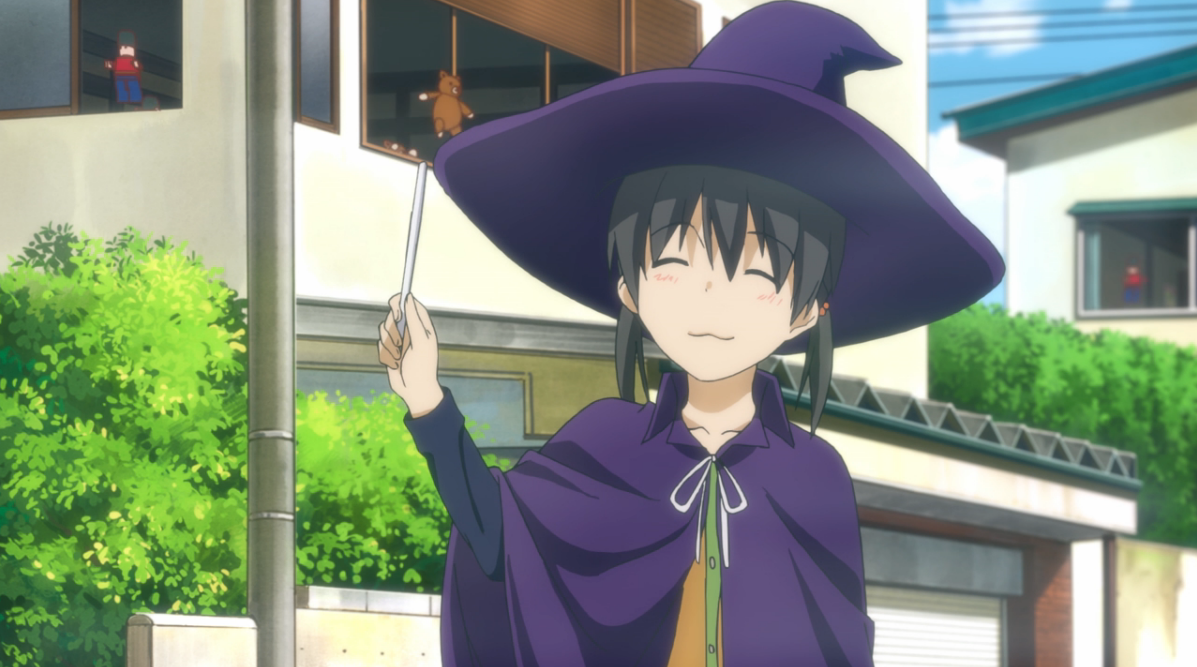 All of Chinatsu’s curiosity has been building up to this. All that’s needed, really, to become a witch is the curiosity of a child. Makoto’s education feels even more whimsical with Chinatsu now learning by her side, but it also speaks of how much of a bond they have, and we can have too, through immersing ourselves in the magic of everyday things.

While Flying Witch has always had a good funny side, I haven’t laughed for longer this season than I did as Akane’s trick-and-treats began to be sampled. The VAs own everything from deadpan humour to hysterically laughing at everything, and everyone feels and sounds so natural. Fitting for a show all about the simple beauty of nature.

But what trouble could Chinatsu cause once she learns some more magic, with that wild imagination of hers? 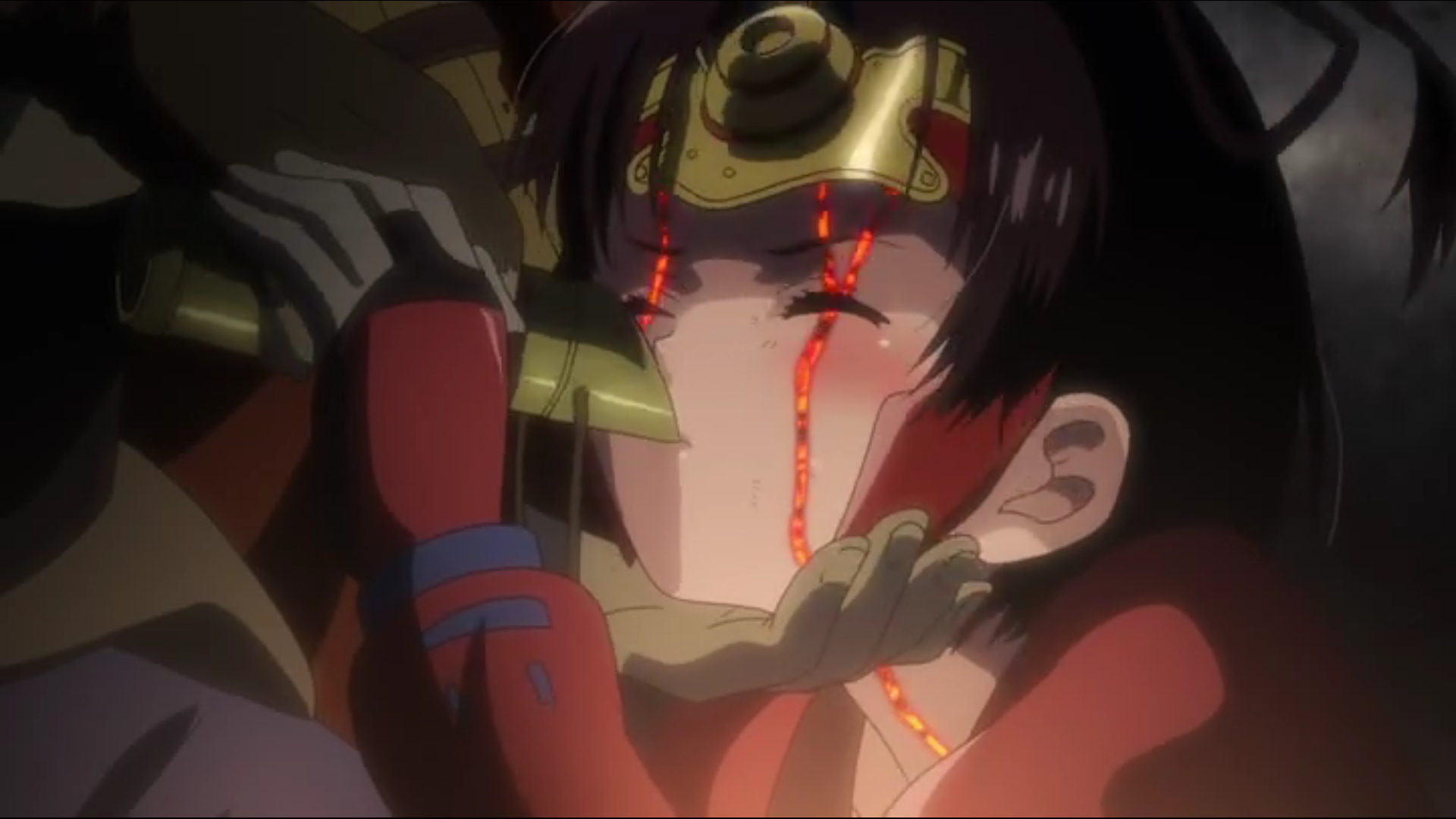 Some great role-reversals this week. Ikoma wins against the horde just as Mumei did, but he actually acts in defense of humanity – a human, Mumei – and not to justify himself as a killer like Mumei was. Ikoma risked him life as Mumei came close to death; now, as Ikoma lay wounded, her heart is changing.

We justify our humanity not for fighting for ourselves, but in how we fight for others. That’s the one thing separating a Kabane form a Kabaneri; the former only group together to further destroy. Everyone on the train works together to keep it from going off the rails.

Some drop in animation quality this week, but the story and action still have me hooked. 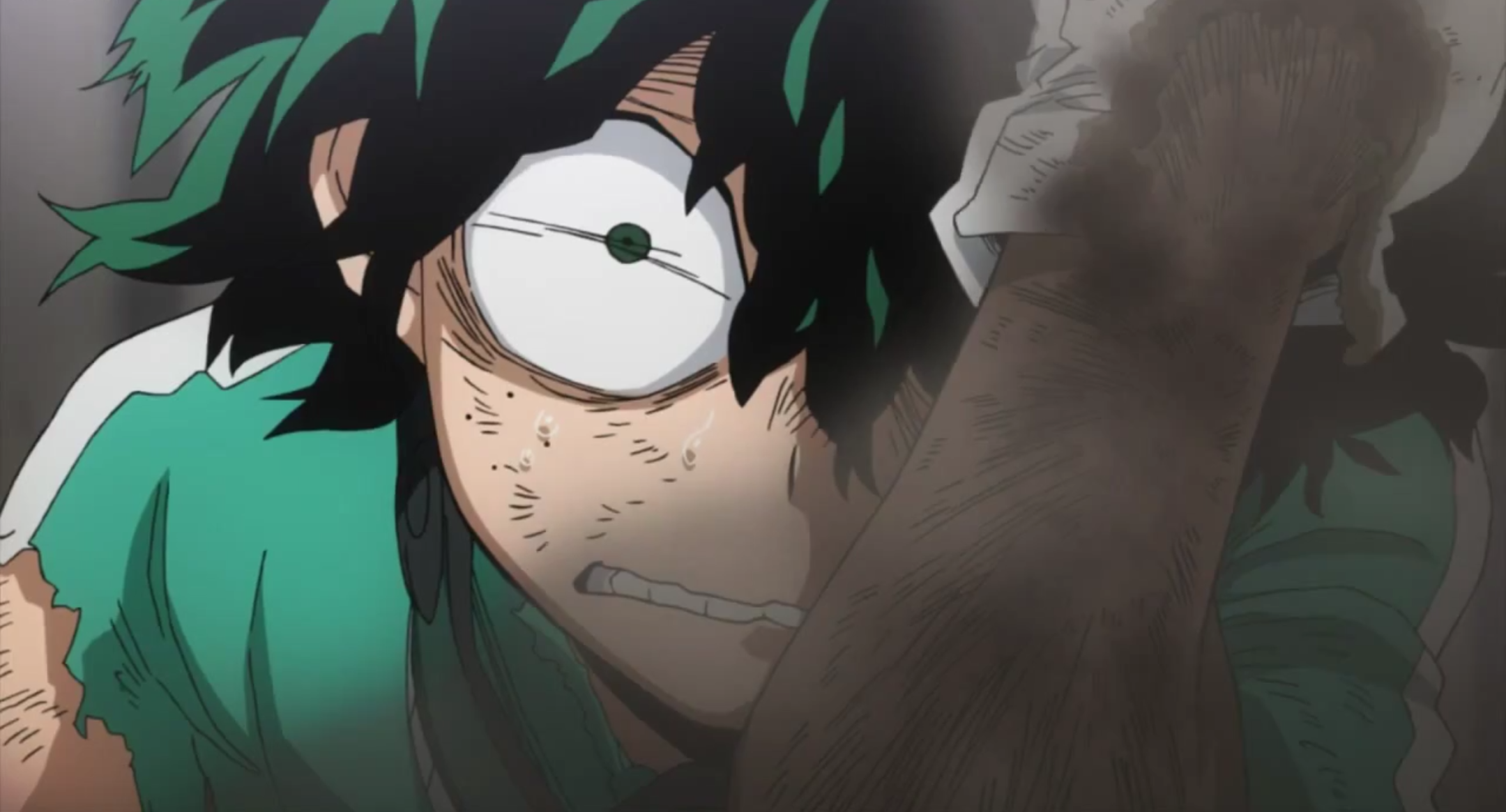 The backstory for Bakugou’s anger keeps all the cogs of the story turning. He isn’t even an anti-hero at this point; he has none of the humility a hero needs. Did he even have that moment, like All Might said, where his body moved without him thinking to save someone?

Little Deku reaching out to him in the river is amazing parallel to what he did to earn all might’s respect, and a sign he was destined to be a hero from the start. Obviously Bekugou is angry about the thought of being surpassed; because Deku already surpasses him in being a hero. Not because Deku is more powerful – because Deku is more heroic.

He works with his friends, and is willing to risk life on limb even on a training mission. All Might was right when he didn’t stop the fight. How will Bakugou recover from how much he has humiliated himself in his anger? 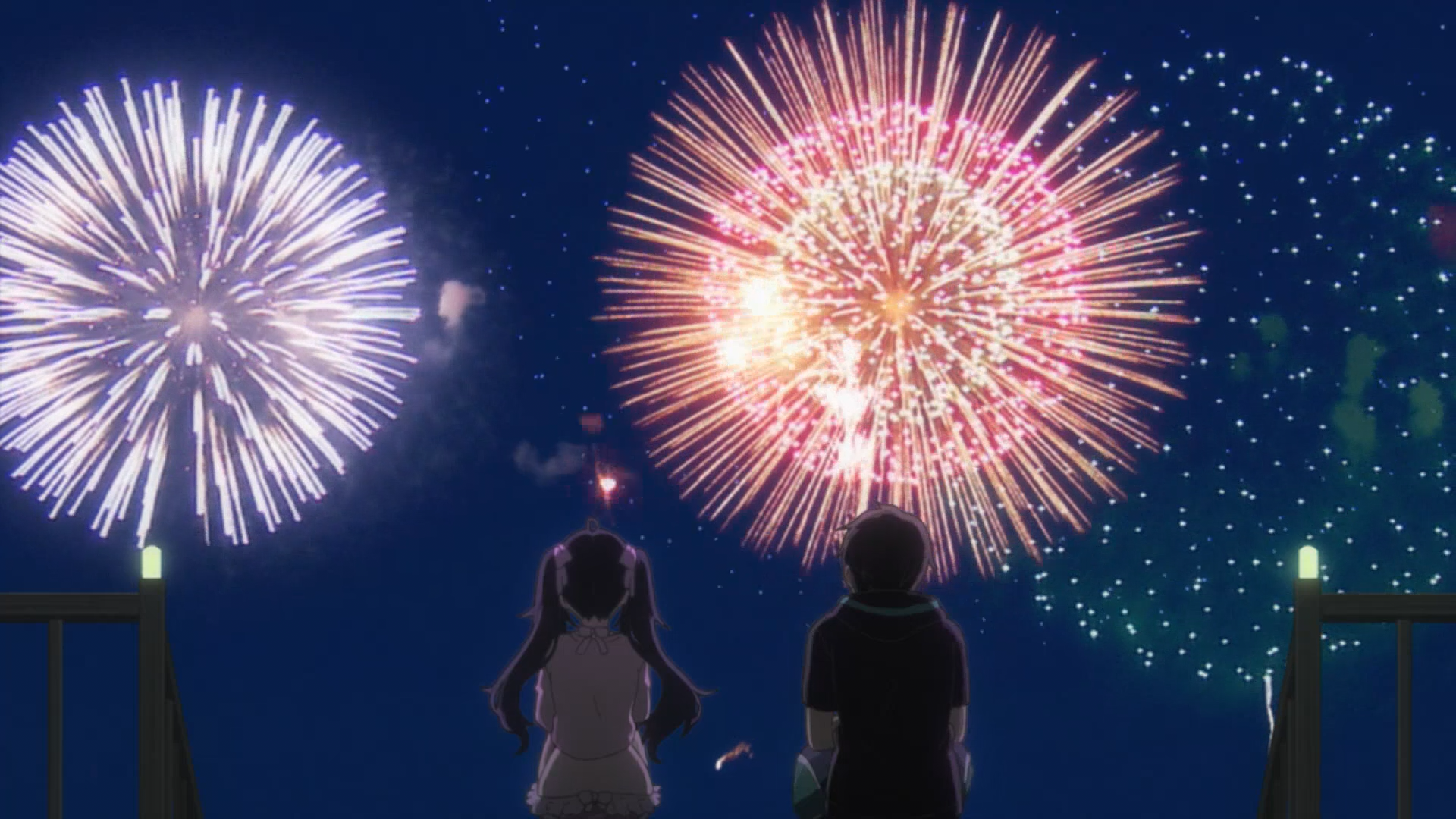 I was worried the inevitable swimsuit episode would undo a lot of my praise for how limited and unintrusive the series’s fanservice had been so far. But Netoge kept up its game; the swimsuits are toned down from the LN versions (NSFW), and the girls’ attempt to get him to have a cliche harem-MC reaction falls flat. Then again, so does his attempt to get a normal confession out of Ako. And so we quickly go back to playing net games.

Compare how Ako and Rusian relax in-game and outside of it. We saw them, with some free time, go on all sorts of adventures in LA. On the beach, a land of freedom and youth, they’re content to float listlessly on the water. The game and reality are pretty distinctive, though they manage to explain one with the other. But if the beach really is like a new area in LA, why weren’t they eager to get some kicks out of it straight away?

To get Ako more invested in real life, she needs to find some things in reality that motivate her. But first, she’ll have to deal with whoever has stolen Rusian’s account!

That’s all for this week. See you next time! 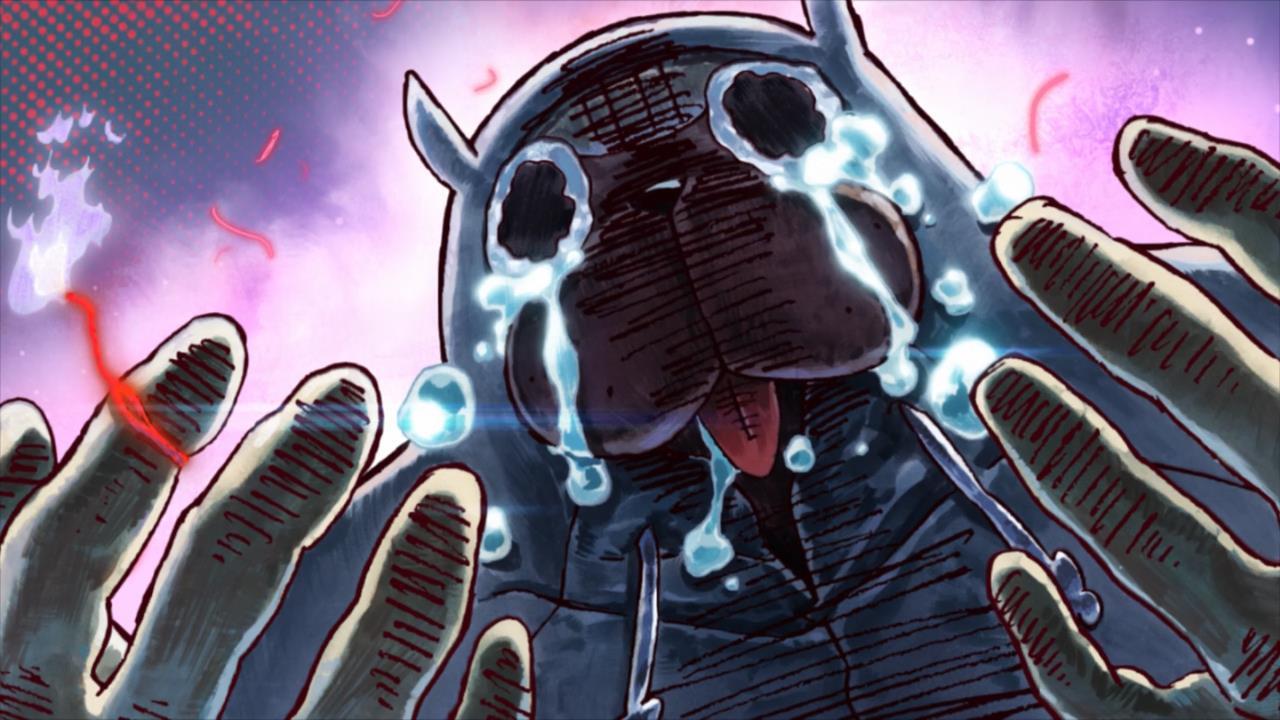